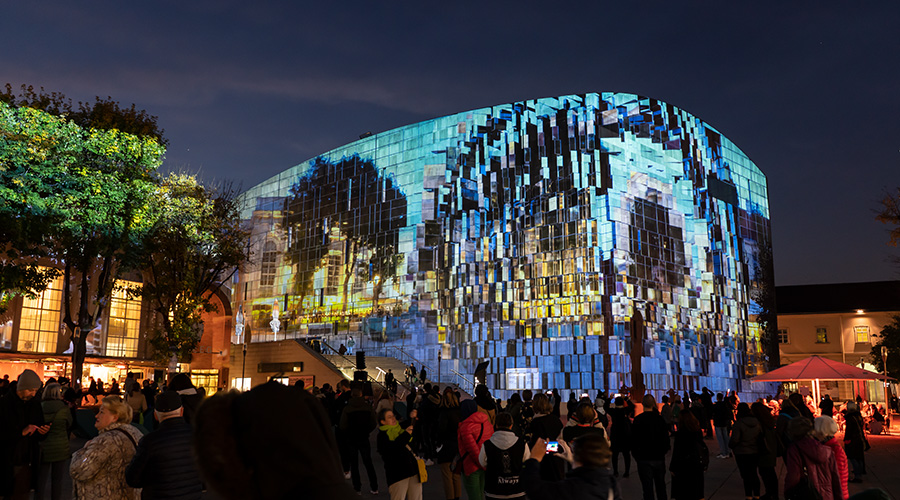 Every year, the Video Mapping Festival offers a video mapping competition to reward the best productions of the year.
The video mapping selected during a pre-selection were presented to the public in the form of video recordings on Saturday 12th of March 2022 at the maison Folie Moulins, Lille. 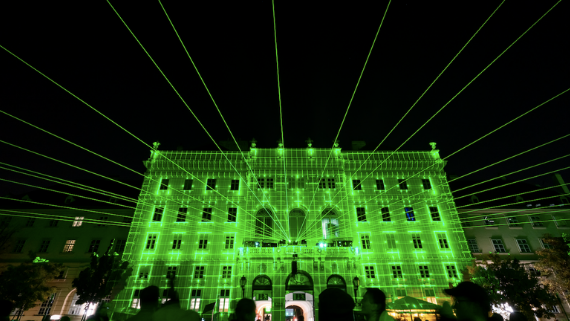 Lumine Projections / Austria / 2021 / 360° immersive video mapping / 21 min 15
Showing: Vienna, Austria – From 21th to 28th of October 2021 (20th anniversary of the MuseumsQuartier Vienna)
To mark the 20th anniversary of the MuseumsQuartier, the 360° mapping show re:flexion immerse visitors in a world of light and sound. Light reflections and light pulses come together with rhythmic sounds to create a unique atmosphere. The reciprocal interplay of the light and laser pulses creates new networks between the buildings. The result is a symphony created from the interplay between light and sound. 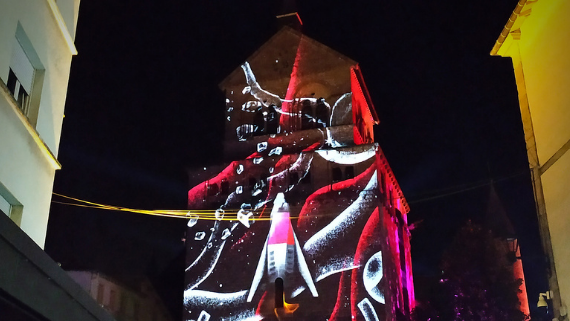 Morgane Philippe / France / 2020 / Monument video mapping / 5 min
Showing: Beffroi of the Saint-Maurice Basilica, Épinal, France – From 17th to 19th of September 2020
A character alone, lost, in a landscape devoid of color. As he desperately explores his planet in search of companionship, he encounters a light. Attracted by this light, he follows it. They then discover a ship, and set off on an adventure. They cross various universes. As they pass, life seems to return, and little by little, the world is tinged with colors. Until an explosion of light took place. The character wakes up, the light is always by his side. They discover a lush landscape of a thousand colors, alive and bright. 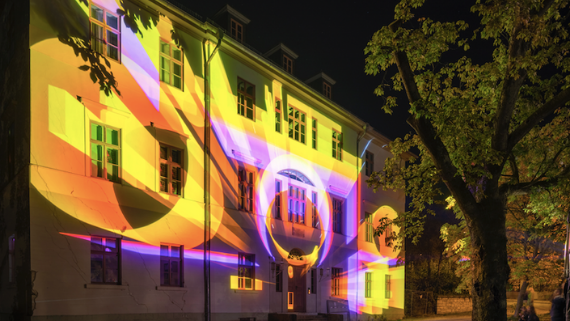 FLIGHTGRAF / Japan / 2021 / Monument video mapping / 6 min
Showing: Altenburg, Weimar, Germany – From 24th to 26th of September 2021 (Genius Loci Weimar)
When you face Liszt’s music, you will be repeatedly surprised by his experimental spirit, which allows him to break free from the forbearing frameworks or tonal tendencies, and to touch the delicate feelings his magical fingers owned up to, narrating the episodic “Piano Magician.” Among others being an expert on improvisation, he added ad-lib turns here and there to his composition, enjoying the tonal experiment.